Statement by Vivent Health on the attempted murder of Jacob Blake 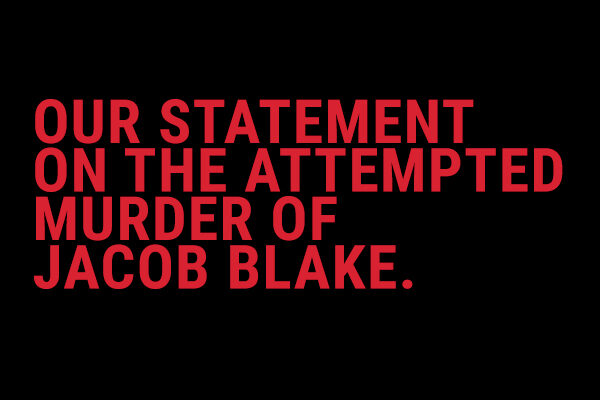 Among the initial responses after the attempted murder of Jacob Blake by a local police officer in Kenosha Wisconsin earlier this week was to wait. Not to rush to judgement. Let all the facts emerge. Reserve our comments until the investigation is complete.

Graphic, real time video of the shooting and more than 400 years of brutal oppression weren’t enough. We were told to wait.

Have we waited long enough?

Waiting to act is unacceptable. We must strongly speak the truth, demand change and act. Now.

We strongly speak the truth:

Political leaders need to set aside partisanship and get to work passing laws protecting African Americans from police brutality. More so, they must pass laws giving African Americans the health, education and economic opportunities that have been actively denied for centuries.

We immediately provided financial support for Jacob and his family.

We expanded our lifesaving work with our hundreds of patients in Kenosha. We reached out to provide one-on-one support to overcome isolation and fear related to the shooting. We increased and extended home delivery of food, medicine and other support for patients and clients during these trying times.

We supported our African American Champions, because at Vivent Health we do not have employees we have Champions. We have created forums to have the complex, difficult and uncomfortable discussions about systemic racism. We have provided more than 1,000 hours of anti-racism training. We will next month announce a major, year-long anti-racism initiative throughout our national footprint.