Thank you for making hiv history!

Thank you for joining us to Make HIV History.

Sorry if you missed this event.

The video recap of the Make HIV History, Don’t Mess With LGBTQ Texans – An Update On Your Equality event is available for you to watch:

Join Vivent Health and Equality Texas for an urgent virtual conversation with political and advocacy leaders about these current issues and legislation in Texas. You’ll hear directly from: 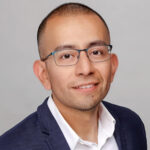 Ricardo joined Equality Texas as its CEO in December of 2019. Ricardo is a first generation immigrant from Mexico who grew up in Brooklyn, New York and attended public schools through high school. He was the second person of his immediate family to graduate high school and the first to earn a Bachelor’s and Master’s degree. Ricardo was called to a career as an advocate for equity and inclusion after participating in a program called Council for Unity in junior high school. Council for Unity focused on leadership development, self-expression, mediation, conflict resolution, mindfulness and advocacy. After post-secondary education, Ricardo amassed seventeen years of nonprofit fundraising, organizing, advocacy, and leadership experience with organizations like PENCIL, Summer Search, GLSEN, and Stand for Children.

Ricardo has an undergraduate degree from Stony Brook University, and a master’s degree in nonprofit management from The New School in New York City. He was honored by the Obama Administration as an emerging LGBTQ Leader in 2012 and recently awarded the Stony Brook University’s 40 Under 40 award for the impact he has had in Civil Service and Activism since graduating from the university. 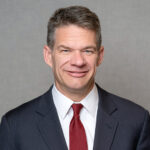 Mike Gifford is the President and CEO of Vivent Health where he has been a leading force in the fight against AIDS across the country for more than 25 years. Under his leadership, Vivent Health is now one of the nation’s leading HIV prevention, care and treatment providers with locations in Colorado, Missouri, Texas and Wisconsin. Mike led the transformation of Vivent Health from social service agency into an interdisciplinary health system providing care for more than 10,000 people affected by HIV. Read more. 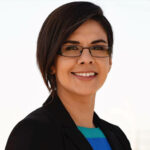 Jessica González is currently serving her second term as State Representative for District 104. Throughout her short time in the Texas House of Representatives she has dedicated her time to reforming our criminal justice system, expanding voting rights, increasing access to affordable housing, and protecting the civil rights of LGBTQ Texans.

Jessica earned her bachelor of arts in Criminology and Criminal Justice from The University of Texas at Arlington and later attended Western Michigan University-Cooley School of Law, where she held top student leadership positions, clerked at the Voting Rights Section of the Civil Rights Division for the U.S. Department of Justice, and graduated at the top of her class.

Today, Jessica practices personal injury at her law firm, Gandara & González, PLLC, located in District 104. Throughout her life, Jessica has remained conscious of her family’s courage and determination; she attributes her ambition, strong work ethic and values to her parents. Representative González plans to use her diverse educational, professional, and policy experience to bring positive change to House District 104. 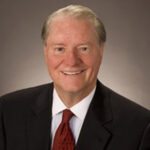 John R. Pitts is the founder and managing principal of the Texas Star Alliance. He has nearly 25 years of experience working around the Texas Capitol. John served as general counsel to former Lt. Governor Bob Bullock and also served as chaplain to the Texas Senate. He has held leadership roles in several multi-national law firms and his expertise as an attorney and lobbyist is well-respected among policy makers across the country.

John is a graduate of Southern Methodist University where he earned a B.S., an MBA and a J.D. In addition, John has received a Master of Divinity from the Virginia Theological Seminary. He has two sons and he and his wife call both Houston and Austin home.

John has been recognized as the top five most influential lobbyist in Austin by the online publication, Capitol Inside. He has also been recognized as one of Texas’ Top Rated Lawyers from 2014 thru 2020 by Martindale-Hubbell and, selected by his peers, as one of the Best Lawyers in the United States from 2011 thru 2020. 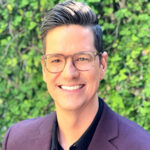 Trevor Scott is an Austin television personality and can be seen every weekday on the CBS Austin morning lifestyle program We Are Austin. Through this platform he is proud to help shine a spotlight on the people, efforts, and organizations that make central Texas such a special place to call home. His career in television spans more than 20 years, sharing his passion for storytelling from both in front of and behind the camera. Trevor is actively involved in many of Austin’s non-profit endeavors and is always looking for opportunities to engage with the community in positive, productive ways.

Thank you for making HIV history: