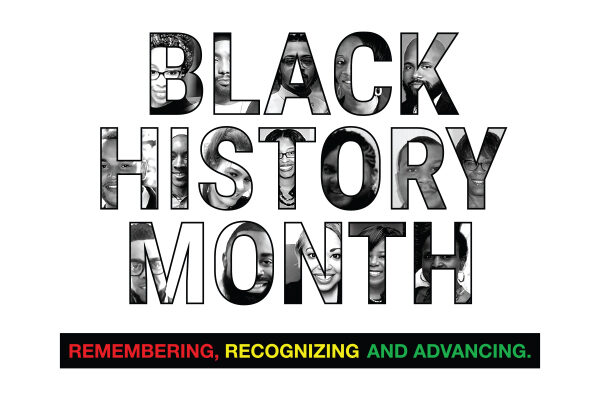 Black History Month is an annual celebration of achievements by African Americans and a time for recognizing their central role in U.S. history. At Vivent Health, we continue to build a culture and workplace that welcomes and embraces all our staff, patients, clients, supporters and allies. Throughout this month, join us as we recognize, honor and celebrate the contributions of African Americans in our society and in our relentless fight to end the HIV epidemic.

At Vivent Health, we don’t just have employees. We have Champions. And our Champions are all-in by stepping up and stepping into the difficult issues of HIV: the stigma and discrimination, barriers to access and the poverty and prejudice that continue to fuel the epidemic. Throughout February, our Champions and community advocates will honor Black History Month by celebrating Black culture, reflecting upon Black history and amplifying Black voices.

Black History Month: A Time for Action to End Systemic Racism and HIV 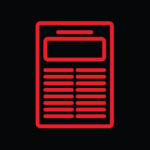 Black History Month is a time of reflection, commemoration, celebration and call to action. National Black HIV/AIDS Awareness Day on Sunday, February 7, places specific focus on a virus that has unusually, unequally and unreasonably attacked the African American community since 1981.

We applaud African American leaders who have been pioneers, sometimes in the face of resistance. These include models of visionary and transformational leadership such as Phill Wilson, founder of the Black AIDS Institute, Rev. Carl Bean, founder of the Minority AIDS Project (MAP), and young, brilliant leaders like Daniel Driffin, co-founder of THRIVE SS. Many inroads and advances in HIV/AIDS may be attributed to their and others steadfast commitment and stewardship.

Yet in February 2021, “disproportionate” remains the dominant descriptor in the narrative of African Americans affected by HIV/AIDS. According to the CDC, African Americans make up a disproportionate number of new HIV/AIDS diagnoses — approximately 43% —and experience lower viral suppression than other groups. These disparities have deepened over time as progress has stalled. Working closely with our African American patients at Vivent Health we have charted a different course where these national disparities are dissipating, if not being eliminated.

Further, if you are African American, gay/bisexual and affected by HIV/AIDS, you live at the intersections of systemic racism, stigma and inferior resources, due to bias, prejudice and neglect. These issues — coupled with socioeconomic challenges, macro/microaggressions, fear and homophobia — are barriers to healthcare and prevent African Americans from seeking testing and treatment. Why are equal access, fair treatment and healthcare availability still obstacles for African Americans?

For too long, legislators have procrastinated and deferred to others for leadership. African Americans should no longer have to live in silence, obscurity or secrecy because of their status — or fear of knowing it. Now is the time, when we see progress languishing, that we must take bolder positions in our communities and advocate for what is fair, just, right and humane. No group should be treated differently, labeled, neglected and denied access to care and resources because of the color of their skin, who they love or their diagnosis.

At Vivent Health, we believe change can be achieved in the following ways: 1. A renewed commitment to change the narrative of how African Americans with HIV/AIDS are perceived and treated. 2. Increased advocacy for funding, especially in prevention, care and treatment. 3. An increased presence to introduce, influence and change legislation on HIV/AIDS. Our advocacy on social justice, our get out the vote efforts and financial support of organizations fighting for racial equity form the foundation from which we will continue to fight for a more just nation.

The hope for progress is the presence of African American leaders in political positions, such as Minneapolis Councilwoman Andrea Jenkins and Chicago Mayor Lori Lightfoot. They represent a beacon of hope, a truer north and the promise to live openly, freely and purposely.

The hope and promise of these leaders guide all of us to join in our efforts to defeat AIDS and to achieve a more just society.

Vivent Health is a proud partner of the Black History Month AIDS Memorial Quilt Virtual Exhibition, a specially curated selection of 56 sections of the AIDS Memorial Quilt that honors Black lives lost to AIDS. In the 40 years since the first cases of HIV/AIDS were reported, Black Americans and communities of color have been disproportionately impacted. The virtual Quilt Exhibition aims to bring to light stories of the AIDS pandemic and its impact and loss in the African American community and raise greater awareness about the impact systemic barriers have to positive health outcomes, particularly among the Black community. View the Black History Month AIDS Memorial Quilt Virtual Exhibition. 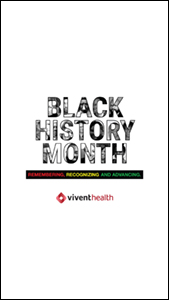 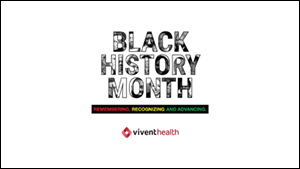 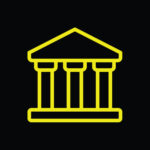 Each February, Black History Month recognizes the achievements and contributions of African Americans. This year due to the COVID-19 pandemic, some venues are closed, others are offering limited in-person hours and/or hosting virtual exhibition tours. We pulled together a brief list of cultural attractions in the four states (CO, MO, TX and WI) Vivent Health has locations and our Nation’s Capitol Washington D.C.

The Texas African American History Memorial is an outdoor monument commemorating the impact of African Americans in Texas, installed on the Texas State Capitol grounds in Austin.

The Black American West Museum & Heritage Center is to promote an understanding of the role that African Americans played in the settlement and growth of the western United States through its collections, programs and exhibits.

The museum is located in the former home of Colorado’s first Black female doctor and hosts countless photographs, artifacts and interactive exhibits that tell the story of the Wild West through a different lens.

The Griot Museum of Black History

The Griot Museum of Black History opened as The Black World History Wax Museum in 1997. In 2009, the name changed to “The Griot Museum of Black History” (“The Griot”) and is the one of two in the country. In some African countries, the “Griot,” (pronounced “GREE-OH”) is a highly respected member of the community who collects, preserves and shares the stories, objects, and cultural traditions of the community.

America’s Black Holocaust Museum is a memorial museum dedicated to the history of the Black Holocaust in America. It was founded in 1988 by James Cameron, who became well known to have survived a lynching.

The Milton House National Historic Landmark operated as a stop on the Underground Railroad (UGRR) from its construction in 1844 through the Civil War. It is still the only certified UGRR site in Wisconsin where visitors have the rare opportunity to walk the very pathways of freedom while visiting this unique structure.

The memorial honors Martin Luther King, Jr.’s legacy and the struggle for freedom, equality, and justice. A prominent leader in the modern civil rights movement, Dr. King was a tireless advocate for racial equality, working class, and the oppressed around the world.

Beginning in the 17th century and continuing through the mid-19th century in the United States, enslaved African Americans resisted bondage to gain their freedom through acts of self-emancipation. The individuals who sought this freedom from enslavement, known as freedom seekers, and those who assisted along the way, united together to become what is known as the Underground Railroad.