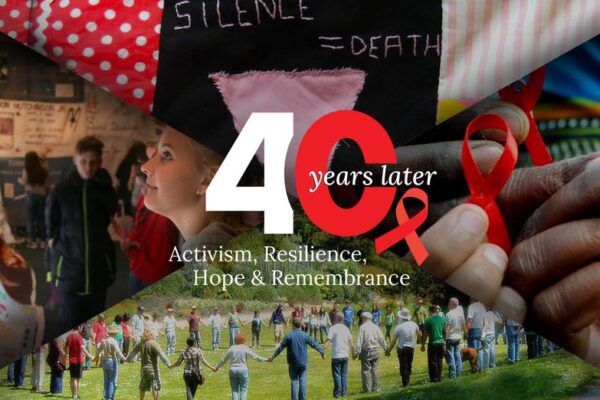 Join Vivent Health President and CEO, Mike Gifford, for a virtual commemoration event with the National AIDS Memorial that honored the 40th anniversary of the first cases of HIV/AIDS and HIV Long-Term Survivors Awareness Day. This commemoration recognized progress made over the past 40 years in the fight against HIV/AIDS, remembered the nearly 700,000 lives lost to AIDS and celebrated Champions working relentlessly to serve people impacted by HIV.

Tune in to watch a recording of the live broadcast here: https://www.aidsmemorial.org/aids40

Activities During the 40th Anniversary Commemoration Event Include:

Unveiling of the 6,000 Block of the AIDS Memorial Quilt, bringing the beauty of the Memorial Grove and power of the Quilt together for this important day.

Reading of Names of people lost to AIDS and other public tributes.